At long last here is your chance to meet the Judges for the Isle of Wight Photographer of the Year Competition 2010.

Due to illness, holidays and bad weather, getting everyone together for the IWPOY Judging 2010 was a logistical nightmare, but we hope the end result will justify the means.

For the first time to the IWPOY Judging Panel we welcome and focus attention on our first judge, David George. 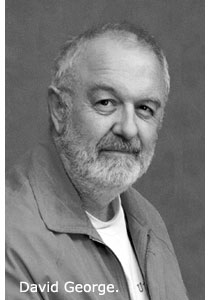 David is a Ventnor based film maker. His company Utility Films mixes industrial and educational work with larger scale projects.

His debut feature film ‘Death in Ventnor’, using a local cast, premiered at the Medina Theatre in 2009. The film has subsequently been shown at the Harbour Lights Picture House as part of Southampton Film Week, and the New Park Cinema, Chichester. A new feature ‘Agenda Item 4’ goes into production in 2011.

David trained as an actor at the Guildhall School of Music and Drama, his career included many television roles and numerous productions as a member of the National Theatre Company.

He has had a life-long interest in photography and is delighted to be asked to help judge the 2010 Isle of Wight Photographer of the Year. 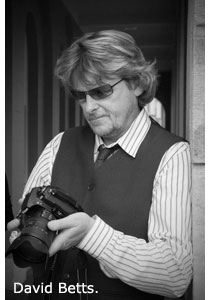 Always happy to step up to the photographic plate is David Betts.

David has been involved in photography for the past 30 years, in the early years he was a member of the local photographic society and his work was mainly creative black and white images on various subjects. Currently he and his partner Heather are involved in wedding photography but have a couple of new projects in the planning stage.

David realised his main direction was in creatively photographing the female form, and over a period of about 10 years his work was published in various photographic magazines and culminated in the publication of his book Island Maidens. In the late 90s he produced 4 calendars under the title of Wight Beauty, showing the female form in the local landscape of his birthplace, the Isle of Wight.

And finally, hot off the press, we once again welcome former Fleet Street photographer and freelance writer Bob Aylott. 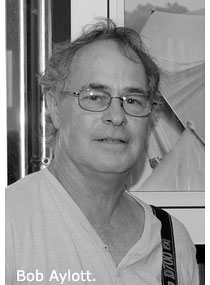 Bob started his career in journalism by becoming tea boy at ‘The Sport & General Press Agency’. He later moved into the darkroom at ‘Fox Photos’ and  became a photographer in 1967 with ‘The Keystone Press Agency’.

In 1968 he was named British News Photographer of the Year; he joined the Daily Sketch and the Daily Mail in 1969 and then went on to The National Enquirer based in Los Angeles.

He returned to London in 1987 to join Express newspapers and The Daily Star. As an award winning photographer he covered assignments around the world and won numerous awards including Colour Sequence of the Year and a World Press Award for his prison pictures of killer Charles Manson.

We are very grateful to all of the above judges for agreeing to assist with the judging this year.

They will also choose top images from the Isle of Wight Young Photographer of the Year Gallery to join the shortlist of the main IWPOY printed Exhibition at the Quay Arts. We are very much looking forward to seeing the results of their deliberations.