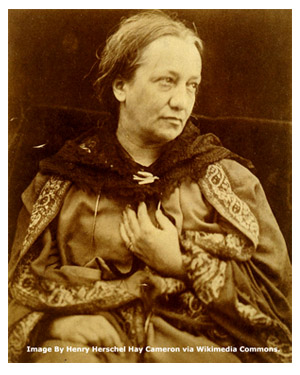 IWPOY will soon launch its 2015 Isle of Wight Photographer of the Year Competition and in a brand new section for 2015 we will also be looking for the very best female photographer from the Isle of Wight.

Do you have what it takes to capture a prize-winning image? IWPOY are looking for inspiring photographers whose winning photos will take pride of place in an exclusive exibition at Dimbola to mark the bicentenary of Julia Margaret Cameron’s birthday.

The 2015 bicentennial anniversary of Julia Margaret Cameron’s birth creates a timely opportunity to generate renewed interest in one of the  most important and experimental photographers of the 19th century and celebrate her timeless photographic prowess.

IWPOY Founder, Professional Photographer & Tutor Gary Early, said: “We’re really excited about this years IWPOY and hope to receive a great selection of images. This is a ‘money can’t buy opportunity’ and a chance for everyone on the Isle of Wight to showcase their photographic talents.

Planned to coincide with the 2015 bicentenary celebrations of her birth this year’s 2015 IWPOY, as always, will be free to enter and the shortlist will be chosen by the judging panel.  ”

Julia Margaret Cameron (1815-1879) was one of the most important photographers of the nineteenth century and now celebrated as a pioneering portraitist. 2015 will mark the bicentenary of Cameron’s birth.

In 1859, Cameron moved to the Isle of Wight, where she bought a house in Freshwater Bay that she subsequently named Dimbola Lodge. In 1864 her only daughter, Julia, gave her a camera, and the brief yet prolific career for which she is now known began. For 15 years between 1860 to 1875, Dimbola was Julia’s home and workplace. Now preserved by the Julia Margaret Cameron Trust Dimbola Museum and Galleries is open to the public.

Full details of the competition, including uploading instructions and full terms and conditions, will be published shortly…