We are very pleased to be able to announce the judges for this year’s ‘Church at the Heart of the Island’ competition. Two of the judges Jennifer and Chris have judged the IWPOY in previous years and they are well aware of the difficult task ahead. We would also like to welcome Rodney onboard as the representative of the ‘Friends of the Minster’ and one of the main supporters of this competition. END_OF_DOCUMENT_TOKEN_TO_BE_REPLACED 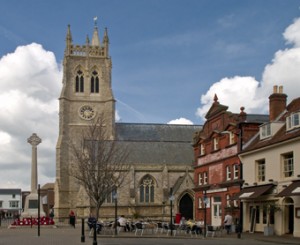 A welcome addition to the IWPOY this year and for a limited period only, 15th April – 27th May 2009, is the Newport Minster Photo Competition entitled “Church at The Heart of The Island“.  As part of the Minster Renewal Campaign photographers both young and old are being invited to get their cameras out to capture the essence of the Minster formerly (St Thomas’ Newport).

The Island, a popular tourist destination, will host a fabulous exhibition within the Minster throughout the summer months displaying 50 of the best shortlisted images for both vistors and Islanders alike.

Those photographers lucky enough to be selected will, as always, retain copyright to their images and be visibly credited. The overall winning photographer will be featured in the Minster Campaign promotional materials and receive a framed print of their winning image.  The under 16 winner will also go on assignment with an IW County Press Photographer.

Don’t delay on uploading your images as this is only a short six week competition. For full details please check-out the competition category rules and criteria HERE.

We look forward to seeing your photographs and Good luck!

Island Photographers are being urged to Go Wild with their cameras on Wight in the Isle of Wight Councils One Island Magazine.

The feature article not only launches this brand spanking new category in the annual Isle of Wight Photographer of the Year Competition, but provides many valuable details on where and how you can capture a winning image.

It’s a very small world – Go Wild on Wight is excellent category for budding wildlife photographers just starting out or indeed consummate professionals with entries expected to depict ‘THE NATURAL WORLD’ in full colour from the Isle of Wight.

With a wealth of photographic subjects on our doorstep, which anyone with any type of camera can capture.  Young and old photographers will hopefully be inspired to get out and about across the Island as this category emphasises that knowing your home patch and your subject is more important than the camera you use. END_OF_DOCUMENT_TOKEN_TO_BE_REPLACED

Yesterday saw the Award presentation evening for this year’s IWPOY held at the Quay Arts Centre, Newport to a packed house. Most of the shortlisted photographers attended and eagerly awaited the announcement of this year’s top three winning entries.

After a brief introduction thanks were given to the judges. Chris Barton and Steve Gascoigne gave a short talk on how difficult their task had been due to the quality of the entries this year.  The sponsors were thanked and then the first award of the evening was the presentation of the Julia Margaret Cameron trophy. Provided by Dimbola Lodge, supported by Brian Hinton MBE their chairman, this award is given to a person, not necessarily for their photographic talents, but to someone who promotes photography in whatever form on the Island. 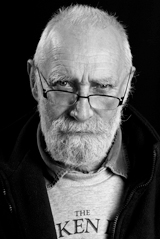 This year’s holder of the trophy: started photography at the age of 14; was a member and chairman of Sandown & Shanklin District Camera Club; to this day is the club’s president; in 2000 brought together the major camera clubs on the Island for a joint exhibiton at the Quay Arts Centre; runs courses in pinhole photography; supports world pinhole day every year in April; still works with film and traditional darkroom along with a little digital photography and supports and helps other Island photographers where he can.

The JMC trophy  was presented  by Amanda Johnson, who held the trophy for the previous year, to Eric Mitchell. Congratulations to Eric for an award that in our opinion is well deserved. Eric was so pleased and shocked that the only comment he was able to make was “I’m staggered!”, probably the shortest acceptance speech of all time but well done Eric. 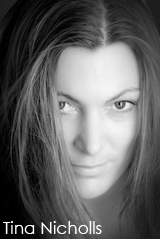 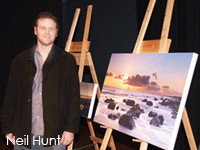 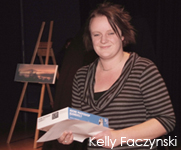 All in all this was a great evening for Island photographers and photography. New contacts and friends were made, skills and talents were recognised and most left in anticipation of the new theme being announced for the 2009 competition.

Congratulations to the top three but congratulations are also due to all who took part, we are excited about seeing your new photographs for IWPOY 2009 so watch this space for the new competition details coming soon…

This is the last day for Island Photographers to register and submit images for the Isle of Wight Photographer of the Year Award 2008.  With over 250 images entered IWPOY organisers extended the original deadline until 9pm today 18th October 2008.