Would you like the chance to meet the IWPOY judges from the 2007 competition and listen to how they arrived at their decisions. Maybe you’d like to discuss your entries with them and gain a few pointers for the IWPOY 2008. The Isle of Wight Digital Imaging Group are hosting an IWPOY Judges evening on Wednesday 30th January 2008 at Dimbola Lodge, Freshwater Bay 7:30-9:30pm.

During the evening you will also be able to try-out some of the latest digital photographic equipment as we are very pleased that our new sponsor the Island Photo Centre will be on-hand to show you what’s new and answer any questions you may have.

This is a strictly by invitation only evening as places are limited. So to reserve your place please fill in the contact form on this website and enter IWPOY Judges Evening as the subject header. You will be notified by email if you are successful.

We know that it will be a very interesting evening and we look forward to seeing you there.

END_OF_DOCUMENT_TOKEN_TO_BE_REPLACED

Mick has most recently been involved in a SEEDA funded scheme run by Southampton City Council and Southampton University, supporting the setting up of 30 creative businesses, and was the driving force behind the Emerging Arts Talent (EAT) festival in the city.

Previously Mick has enjoyed International recognition as a pianist and songwriter and has also spent several years as the Director of a National charity.

Among his plans for the centre are a programme of outreach activities that will take Quay Arts into the community with artist led workshops and activities.  “Quay Arts is a great place with a good reputation but I can see ways that I could take that forward to serve a wider section of the community”. Mick aims to develop Quay Arts’ relationships with Island artists and to promote their activities by working collaboratively with Mainland organisations. 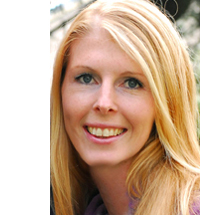 David is a well known and established professional photographer living and working on the island. During his busy and extensive imaging career he has worked on assignments for all of the top u.k. newspapers and glossy magazines, as well as many leading world wide publications.

David has photographed many well known people including members of the Royal Family such as Prince Charles, the late Princess Diana, Prince Phillip, the Queen Mother, Prince Edward, and on many occasions the late Lord Louis Mountbatten. Top show business personalities, politicians and photographers such as Bailey, Litchfield, and many more have been captured through his lens.

During his many years as a professional he has diversified in the imaging profession to include in his activities photographic seminars presentations, and video filming. Travel photography has also featured within his career having visited many exotic and remote regions especially within South America recording the dramatic scenery and beauty there.

David is a member of the governing board of the Julia Margaret Cameron Trust at Dimbola Lodge and has along with fellow board members helped over the years guide it to its present success. He is also one of board members involved with exhibition selections as well as “THE TRUSTS OFFICIAL PHOTOGRAPHER” with the arts label of “photographer in residence”.

We are very pleased to welcome our new panel of judges for the 2007 IWPOY awards. We know from experience that their task will be a difficult one, but we also know that their combined talents, skills and qualifications are more than adequate for the task 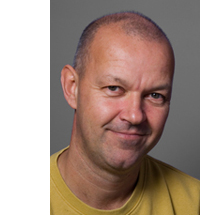 As well as being the editor of ePHOTOzine, the UK’s leading online photography magazine, Peter Bargh is also a published author with several digital photography books under his belt including Teach Yourself Digital Photography and the Guide to Great Photography.Prior to this he launched and edited one of the world’s first digital photography technique magazines way back in 1997. Peter has been an enthusiast/semi professional photographer for over 25 years and has tried almost all genres. He has judged many competitions and is currently responsible for ePHOTOzine exclusive Editor’s Choice award where he selects the best pictures from over 4000 uploads per week: www.ephotozine.com 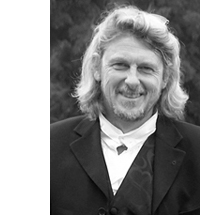 David has been involved in photography for the past 30 years, in the early years he was a member of the local photographic society and his work was mainly creative black and white images on various subjects.Gradually David realised his main direction was in creatively photographing the female form, and over a period of about 10 years his work was published in various photographic magazines and culminated in the publication of his book Island Maidens. In the late 90s he produced 4 calendars under the title of Wight Beauty, showing the female form in the local landscape of his birthplace, the Isle of Wight. David is currently involved in wedding photography but has a couple of new projects in the planning stage. David may be found at: www.davidpaulbetts.com

For many years Jack Whitemore has been involved in photography with both film and more recently digital. He has had close links with the Southern Photographic Federation (SPF) being their president at one time.He has worked as an ‘A’ list judge for the SPF but is now retired. He has gained a great wealth of photographic knowledge over the years and still gives lectures from time to time. He is a regular entrant in exhibitions and has now gone 100% digital. www.viewfinderscameraclub.org.uk

The IWPOY team would like to take this opportunity to thank the judging panel for agreeing to take part in this the first ever Isle of Wight Photographer of the Year competition. Thank you for your judging skills and taking part.